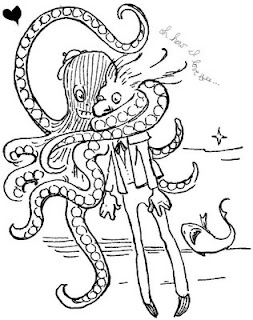 Madness! And you can do it too. Here is a special Valentine's note from Ed King, editor of the West End News. Please note that the deadline is this weekend to participate! Have fun...

It's time for the Annual West End NEWS Valentines Personals. They're free, and the idea is just to have some fun. We need them by this weekend so we don't have to pull another all-nighter on Monday. We have a number system in place, so no one will know who you are or can contact you unless you want them to.

To give you some idea what we're looking for, sample ad is below. Try to keep them to around 50 words. Send them to thewestendnews@yahoo.com . Thanks! Ed & Liz

Old Hippies Need Love Too
I was chasing girls probably before you were born and am still going strong. I'm just a fun-lovin', hard drinkin', fast talkin', disco dancin' dude who can't stop havin' a good time. Don't let your jealous husbands, wives, boyfriends, girlfriends, whatever, get in the way of joining my party. Contact # 2001.

Posted by Michelle Souliere at 2:46 PM No comments:

Melanie Hyatt, an editor at Maine Food & Lifestyle magazine, posted January 7th about ice fishing on the Plating Up blog.

...
I have a vague memory of being a little girl, very bundled up, standing with my dad on the ice on Fish Street in Thomaston. We had a sled and Dad had tools with him that I now realize were an auger, jigs, bobbers, and a jiggle stick. I remember he drilled a hole in the ice, which I anxiously waited for a big fish head to pop up through. Though I don't remember that happening, I do recall being just as curious about the string of little smelt fishes which Dad pulled, like a magician, from the icy river.

And of course, I do remember it being very cold.

I see the ice shacks out there on the banks of Fish Street once again. It is the beginning of the ice fishing season in Maine. It is a mysterious sport. I only wish I were a little braver.

Click here to read the full article, including a yummy smelt recipe: [Source]

Posted by Michelle Souliere at 3:18 PM No comments: 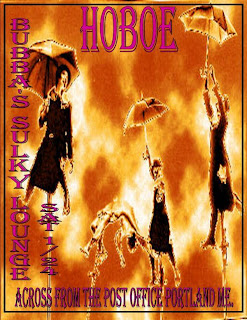 There has been a special request made by Bob Bergeron of Hoboe, in honor of his last live gig with them: "We have the Hip shakin' Mama's Hula Hoop Troop performing with their glow in the dark Hula Hoops and I just think it would be the perfect thing if they were attacked by Zombies during the gig. I know Zen Ben has some stuff in the works with the Whippettes, but what if Zombies attacked the Whippettes? Either way, it's a freak show and I think Zombies should be there....in fact, I demand on the sacred eye of agamootto that they arise......!!!!!!...let me know!"

So -- in zombie makeup or not, catch all the jazz punk freakout you've come to expect from Hoboe @ Bubba's Sulky Lounge this Saturday night. With Special Guests Red Cross Sky and Project VII, this is one show you don't want to miss! If you do make it to the show in zombie makeup, check in with Bob to see what's up, or contact him ahead of time via MySpace (http://www.myspace.com/bobbergeron) or Facebook (http://www.facebook.com/people/Bob-Bergeron/).
Posted by Michelle Souliere at 5:59 PM No comments: 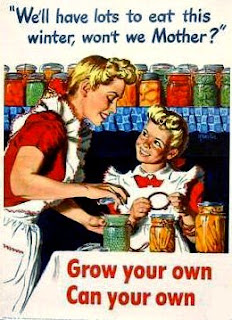 I was poking around on PortlandPsst! for the first time, and ran across a sentence that couldn't help but pique my curiosity: "A Maine woman who stored wild berry jelly in the toilet of her camper during a trip to Alaska died." At first I thought the jelly is what had killed her. But on following the link, I found quite a different story. Silly me.

Read on about Esther's Potty Jelly and more...

Above all else, Esther Jackson knew how to grow things.

She was a bookkeeper and loved to dance, but was known across Maine for her ability to coax food and flowers from the earth.

She and her husband, Carlton, made their home on a 180-acre farm in Nobleboro, where they raised cattle, poultry and pigs and lots of vegetables, recalled her daughter Johnna Jackson of Florida.

"We grew beans, corn, beets, carrots, onions, tomatoes, turnips, squash – anything you could think of, we grew," her daughter said. "The only thing we ever had out of a can that I can remember as a kid was pineapple. That's the only thing I remember having out of a can, and that was a real treat."

Esther Laura Jackson died Thursday at age 89 in Florida, where she moved to be closer to her daughters, Johnna Jackson of Lake City and Sherry Hanna of Orlando.

She loved to travel, but spent most of her life in Maine, living throughout the midcoast. Her last Maine residence was Topsham.

A master gardener, she was active in the University of Maine Cooperative Extension Service, her daughter said.

"One year my mother put up 382 quarts of green beans. We kidded her and said, 'Mom, you realize we will have to eat beans once a day for more than a year?' She also loved to dig dandelion greens. We loved them. People think they are a weed, but they are some of the most delicious greens you could eat."

Johnna Jackson said her mother was a great cook, who preferred cooking by instinct and not with recipes. She kept a handwritten cookbook, which the family has preserved and will pass on to grandchildren as part of the family legacy.

Her daughter recalled a favorite story from the early 1980s, when her mother and a friend traveled by camper to Alaska. They were in Alaska for up to six months, and were not using the camper's toilet for its intended purpose. Instead, her mother used it to store jars of jelly.

"Mother absolutely loved to pick wild berries. She thought they were a gift from God. My mother gathered all these little tiny jelly glasses, and picked all kind of berries in Alaska and made jelly. She wrapped the jars in newspaper and fit them inside the toilet bowl so they would not get broken. We called them Esther's Potty Jelly. It became a great family joke for many years." 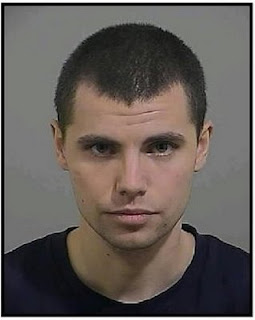 The thing we all shake our head at, but have at one time or another secretly longed to do... this guy did it. What a way to end that screwed-up year known as 2008!

Freeze! Zamboni-riding suspect put in police penalty box
A Portlander is charged after a break-in at the civic center includes an alleged drunken joyride.
By DAVID HENCH, Staff Writer
December 31, 2008

A Portland man faces charges of burglary and drunken driving after his arrest atop a Zamboni machine at the Cumberland County Civic Center early Tuesday morning.

Adam Patterson, 23, had inadvertently summoned the Portland Fire Department to the civic center by driving a forklift, with the forks raised, into part of the sprinkler system, setting off an alarm, police said. Firefighters responded at 2 a.m. to find Patterson trying to drive the large ice resurfacer, which was against an interior wall and not on any ice, police said.
...
Police believe Patterson entered the building with one or more accomplices. They then rode on two forklifts and the Zamboni; drove one of them into one a goal used for Portland Pirates hockey games, bending the frame; and broke the sprinkler system, dousing a storage area with water, police said. The water poured out near a drain, limiting the damage to some carpet, Crane said.

Police also discovered a large $2,000 window broken on the Spring Street side of the building, but weren't sure if that was the entry point or whether it was broken from the inside.

Patterson, who police say was visibly intoxicated, was unable to say how he entered the civic center. He was taken to Cumberland County Jail, where he was under observation Tuesday. He declined a request for an interview.
...
Crane said it's the first time someone has broken into the civic center in the 30 years he has been associated with it.

Want a weird Maine Zamboni parallel? One of our top crimehounds, a former Maine State Police Detective, has the name of Joe Zamboni. He retired at the beginning of 2004, but not without leaving behind a legacy, including the State Police's "Evidence Response Team," which he founded. Think CSI.

Among other high-profile cases, he was involved in the investigation of the 1980 murder of young Joyce McClain.
Posted by Michelle Souliere at 10:16 PM No comments: 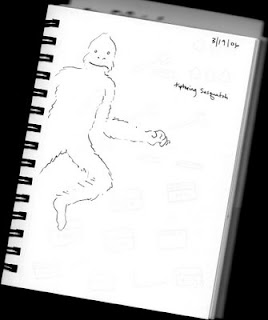 Loren Coleman spoke up alongside some of New England's other premier cryptozoologists in the latest issue of the Portland and Boston Phoenix, part of an in-depth article about cryptids and their popularity in New England. The article includes a link to the "Cryptids in Maine" photo gallery that accompanies the story.

In fact, he says, "when I go talk to a Bigfoot crowd, the first sentence I say is, 'I do not believe in Bigfoot.' I accept or deny evidence. You true believers over here, you're very interesting, but that's not me. You skeptics and debunkers, that's interesting, too. But I really am the open-minded person in the middle.

"I've done a lot of screening, and excluded 80 percent of [the evidence] as misidentifications, hoaxes, or mundane. But there's still that 20 percent of what I feel is unknown. There's a lot of mysteries out there, and this one may interest you. Here's the data. You decide."

The unknown is really the crux of the cryptid world. It is the thought that perhaps there is something that we haven't seen before that keeps us all looking.

Please feel free to check out my own photos from the Cryptozoology exhibit from a few years back, where portions of Coleman's International Museum of Cryptozoology were shown, as well as wonders and marvels from all over the world.

O troublesome roller derby of the past 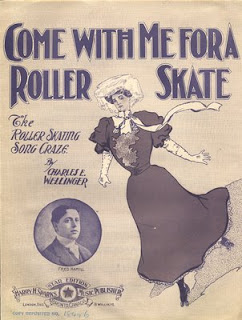 Another doozy from the Daily Maine Fact site! This one was posted 12/31/08:

In 1900, a New Year's Eve ball at Portland City Hall was spoiled by a cloud of dust. The fine white dust, which hovered about a foot deep over the hardwood floor and stained the revelers' fine clothes, resulted from a polo game for roller skaters held earlier. The pumice sprinkled to keep the skaters from slipping had lingered in the floor cracks despite a heavy cleaning. (Source: "City Floor Unfit for Dancing," Portland Evening Express, Jan. 1, 1901. Portland: Evening Express Publishing Company)
[Source]

Picture shown is from a piece of 1907 sheet music [Source]. Rollerskating was very popular at the turn of century in New England. Communities all over Maine had their own skating rinks, everywhere from Peaks Island to Trenton. Portland had a number of skating rinks that we plan to research in depth and report on in a future posting.
Posted by Michelle Souliere at 11:06 AM 1 comment: