Thanks to Ceci for pointing this gem out -- holy moley!!!

To quote Omobono10, who posted the video, and "met this jolly crew July 15, 2009 while returning from Freeport to Portland. One never knows around here what might come floating along. Notice he's set up to pull lobster traps with the driver side front wheel. This rig is a marvel of engineering and could be the answer to Detroit's current problems. As the old saying says : As goes Maine so goes the Nation." Sweet!!!
Posted by Michelle Souliere at 9:04 PM 1 comment:

Not your average tourist

Batman from Maine makes headlines with Superman from the Bronx in brawl downtown at Times Square. Thanks to Aaron for catching this. Read all about it at the New York Post, with photos (really, they're pretty amazing. I recommend you check them out)!

Superman and Batman took on New York's Finest last night in an epic Crossroads of the World battle that left the Caped Crusader in cuffs.

Stunned Times Square tourists and office workers watched agog as cops struggled to subdue Clark Kent's alter ego without kryptonite.
[...]
If that wasn't weird enough, McCormick turned and saw the Dark Knight handcuffed to a chair like a common villain.

"As this was happening, someone is like, 'It's Batman!' I turn around and there's Batman in handcuffs," he said.

Superman, aka Maksim Katsnelson, 23, of The Bronx, was arrested and charged with assault and resisting arrested, police said, accusing him of punching a female officer in the face while she was trying to subdue him.

The incident occurred when cops approached Katsnelson, who was panhandling, and asked him for ID.
[...]
"He freaked out and punched the girl cop in the face," Batman said later.

Cops cuffed Batman, actually Frank Frisoli, but let him go because he didn't cause any problems, he told The Post.

The Maine resident, who has been visiting the city for two weeks, said the two had dressed up as the super heroes for laughs.

"We were just having a good time," Frisoli said.

Their comic-book adventure went awry when cops approached the dynamic duo on 43rd Street to see whether they had the required license to perform in costume in public, Frisoli said.

When they said no, cops asked for IDs. Again, they answered no, which prompted cops to handcuff Batman.

That's when Superman took off, screaming, "I'm not getting arrested."
[...]

Well, you've read about weird crime here on the blog before, but this one is new to me. Portland's Deering Oaks park, just down the block from me, is a great place in the summer months, and many come simply to smell the roses in the gorgeous circle garden between High Street and State Street. Apparently, someone has been loving them too much, though. The city is looking for help in nabbing the crooks. The Portland Daily Sun reports:

Rose poachers have become a thorn in the side of the city, stealing fresh blooms from a nationally recognized rose garden at Deering Oaks.

Gardeners at the Deering Oaks Rose Circle, located on the east end of the park next to State Street, noticed Monday that somebody had illegally cut roughly 100 roses from the display garden, according to John Shannon, horticultural supervisor with Portland Public Services.

"Somebody is starting to harvest," he said Tuesday. "We came in Sunday, and as of yesterday, it looked like somebody had cut 100 roses."

This was a repeat of a problem first noticed last year, he said.

The Rose Circle features 600 rose bushes and is one of only 134 rose gardens in the United States where the American Rose Society previews its "All American Rose Selections," offering a sneak peak of award-winning roses a year before they go on the market.

"It's a jewel to the city of Portland," Shannon said.

"We've come in and found scissors on the ground. A lot of times it seems to be happening on a later Sunday," Shannon said.

On weekends and evenings, if someone in the public sees pruning happening in the rose circle, they should call the police, because it's not a city gardener but a vandal, he said.
[...]
But the bulk of the theft appears to be organized. Shannon said he's saddened to see the poaching, something that had not happened on this scale in the rose circle's 71-year history.
[...]
Anyone with information about the rose circle vandalism is asked to call Portland Police at 874-8479. 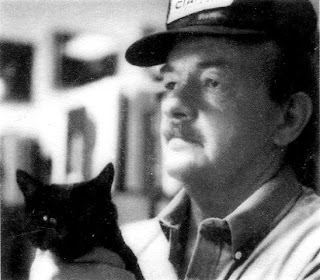 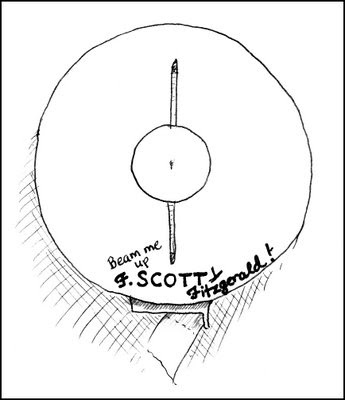