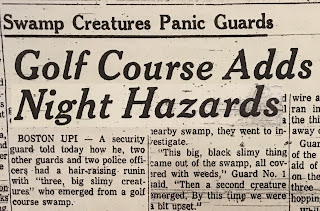 Hi folks! I have a question that may be too far back for most of you, but just in case someone once upon a time told you a story about it, I figured it was worth asking. Does anyone have any stories/recollections of hearing about a so-called "haunted house" or castle on Munjoy Hill?

It's a crazy Gothic home that was just up the hill from the Observatory.  It was torn down in 1914, but I keep finding vague references to it being haunted (this may purely be because it LOOKED haunted). I know recollections about it were still lurking around as late as the 1940s/50s.

Any thoughts or loose bits of story rattling around would be appreciated, as so far I have very little to go on so far!

Thanks guys!!!  ...also of course any other haunted house stories from Portland are always welcome!

Here's what the crazy thing looked like (in other words, no wonder it had a reputation for being haunted): 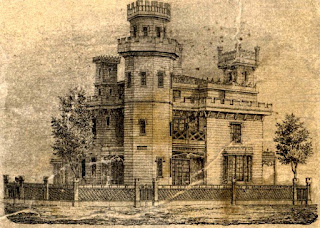 Every year for the last three years, the Maine Historical Society (mainehistory.org) has held a one-day event on a weekend in May when they give lucky ticket-holders a chance to tour through areas of approximately ten different historic sites that are normally off-limits to the general public.

I've managed to go every year since they started, come hell or high water, and it's been great.  Here are a bunch of photos from this year's tour on my Flickr page! I think I managed to get almost all of them labelled, but if you have any questions, please feel free to ask!
https://www.flickr.com/photos/darkbrilliance/albums/72157682286448194

Here are a few samples: 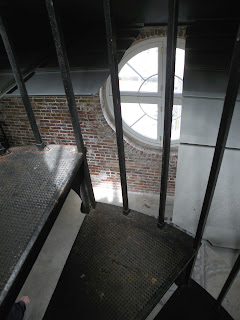 We paid a return visit to the clock tower on top of City Hall, voted in as the favorite from 2016. 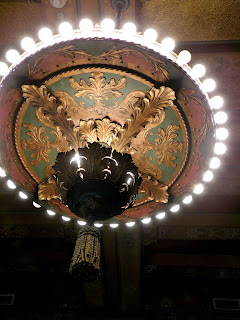 We saw the lingering glory of a bygone era hanging in the now-empty WMTW-8 space at the Time & Temp Building. 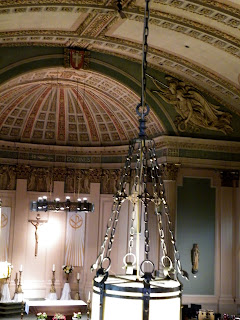 We tiptoed up into the organ loft at the Sacred Heart Church.

Posted by Michelle Souliere at 2:16 PM No comments:


A breaking newsflash from back in 1894! 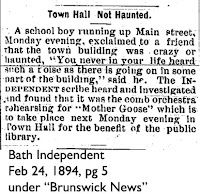 A school boy running up Main Street Monday evening exclaimed to a friend that the town building was crazy or haunted, "You never in your life heard such a noise as there is going on in some part of the building," said he. The [Bath] Independent scribe heard and investigated and found that it was the comb orchestra rehearsing for "Mother Goose" which is to take place next Monday evening in Town Hall for the benefit of the public library.

The kazoo had already been in existence for several decades at this point, but apparently the budget only allowed for makeshift musical combs in lieu of their high-tech kazoo cousin. 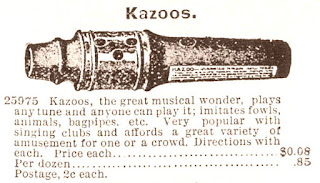 Maine has a pretty good history of enthusiasm for noisemakers, and kazoos have been a favorite at festivals and musical events in our state for many, many years -- a proclivity which continues to this day.
Posted by Michelle Souliere at 4:55 PM No comments: