We got a call (thanks McNallica!) that the old Zinnia's building at 660 Congress Street near Longfellow Square in Portland, across the street from my bookshop, The Green Hand, and next to my husband's shop, The Fun Box Monster Emporium, was on fire. There was smoke blowing through the block onto Deering Street as we arrived just before 10:00.

Firemen were breaking out the top story windows as we arrived on the scene. An early eyewitness report mentioned an overheard conversation between a few people talking on the stoop of the building shortly before the fire, the topic of their conversation being about breaking into various buildings. More news as warranted.

UPDATE:
Photos now online here, on my Flickr site. A few included below. 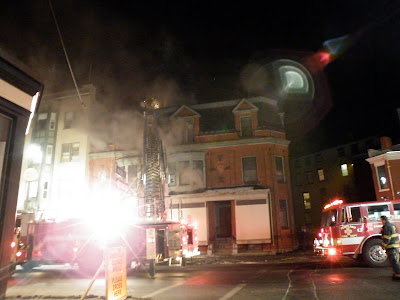 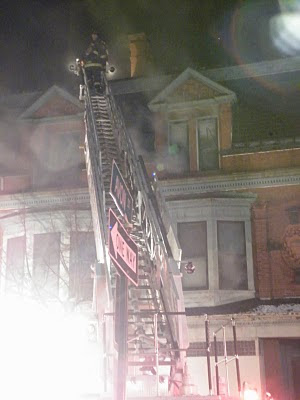 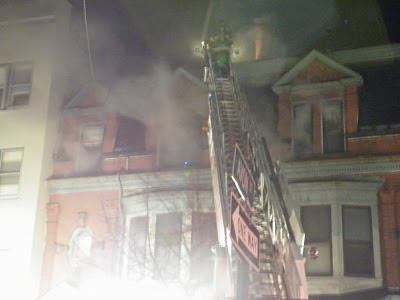 Posted by Michelle Souliere at 10:02 PM

I've been following this blog for a little while. I only just realized that you are Tristan's wife when you posted this! Wierd! I'm Heather, Boo's friend. I've met you a time or two... :)