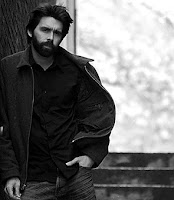 Joe Hill will be appearing in Portland on Saturday, August 14!

New York Times Best Selling Author Joe Hill will be in Portland on Saturday, August 14th, for a book release event and signing at Casablanca Comics (downtown at 151 Middle Street) from 4:00-6:00pm.

Joe Hill will be signing copies of his new graphic novel "Locke and Key: Crown of Shadows" and the first issue of his newest comic book series "Locke and Key: Keys to the Kingdom." Joe Hill's previous novels include the best-selling "Heart Shaped Box" and the recently released "Horns." His short story collections include "20th Century Ghosts" and "The New Dead."