On World Zombie Day, October 10, hordes of the living dead staggered to the Eastern Prom for the 5th Annual Zombie Kickball game. While the zombie turn out was smaller than last year, there was still plenty of action for the large group of spectators that turned out to see the dead stumble, growl, and try to kick the ball.
Photos by Chris Wallace, video by Monkey
A zombie is thrown into a state of confusion when he sees Monkey. 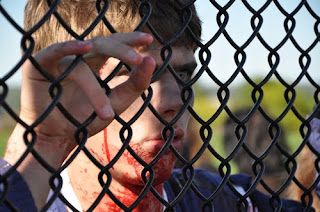 Zombies attempt to climb the fence so they can gorge on the living. 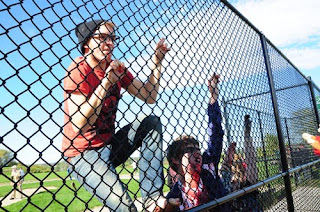 The sight of Monkey makes a child zombie go crazy. 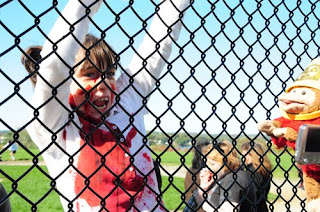 This young zombie spotted Monkey and decided to eat Monkey's brain. Good thing Monkey had his biohazard helmet on. 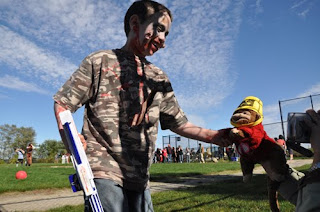 Zombie Michael Jackson treated the crowd to moon walking and a brief version of the Thriller dance. 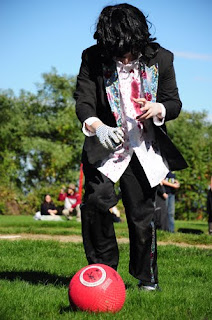 Mother and daughter zombie make it safely to third base due to confusion on the playing field. 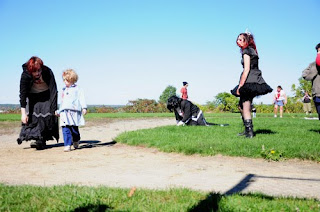 The littlest zombie works it for the crowd. 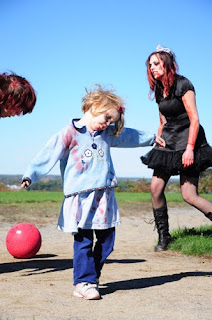 This is the zombie idea of a picnic - a comfy blanket to sit on and a bag full of human limbs. 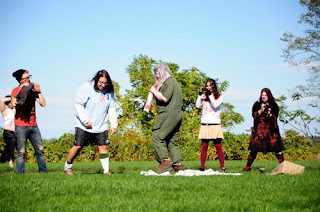 Scout Master zombie has a marshmallow on a stick in his brain. 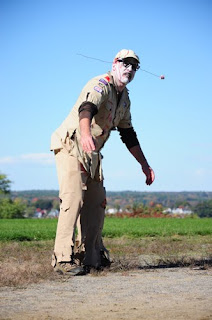 Zombie competition causes chaos on the field and zombies chase each other. 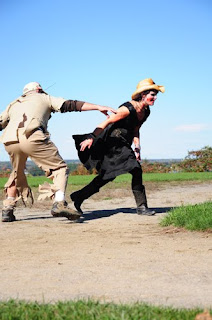 It's never good when a zombie has green gunk spewing from her mouth. 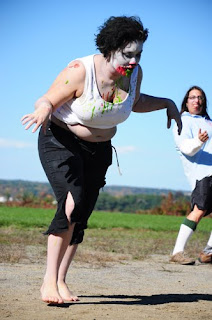 Zombie Jesus gets in on the action. 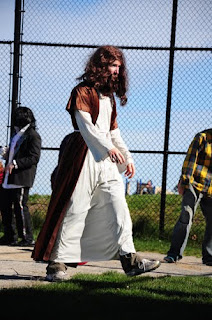 Monkey receives a banana from a thoughtful zombie. 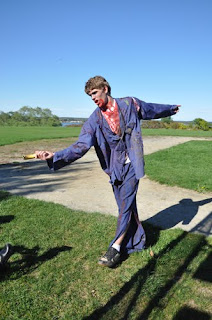 
Once again, another fun day of Zombie Kickball in Portland. Can't wait for next years game!
Posted by Chris Jart at 12:59 PM