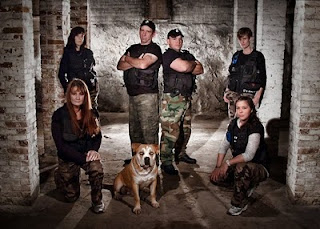 You may recall hearing about the Ghost Trackers in conjunction with paranormal reports from Fort Knox, near Bucksport, when during their investigation they believe they encountered a manifestation of the spirit of Leopold Heghyi, who was stationed at the fort and was buried nearby.
Posted by Michelle Souliere at 10:01 AM