EVENT: The Dow family dukes it out! 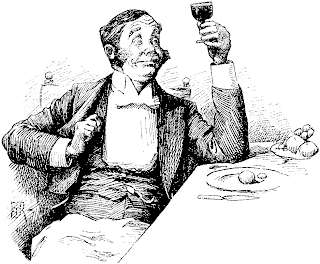 Wesley Oliver, of Widener University Law School, presents a talk about Maine's key role in establishing one of the bedrocks of the American justice system: search and seizure law -- a surprisingly juicy tale. This lecture is free and open to the public, and is presented by the Maine Historical Society and the University of Maine School of Law

Many people are familiar with Maine's role in the early history of Prohibition--of Neal Dow, and that prohibition was known nationally as the Maine Law. Few, though, are aware that Maine's role in prohibition had a greater impact on American legal history than on long-term efforts to curb drinking. The innovative laws that Maine crafted to allow liquor searches in homes created the modern probable cause standard, one of the cornerstones of modern policing.

There's a human story here, too: It is commonly believed that Neal Dow wrote this now-famous law. But Dow, a tanner by trade, was not a lawyer himself, and it would have been surprising if he had crafted such a creative and far-reaching legal doctrine. If not Dow, who then? A fight between Dow and his cousin John Neal, over a prostitute no less, solves this historical mystery. Angry letters between the two men, filled with accusations, reveal that the search and seizure provision of the Maine Law was authored by Edward Fox, a prominent Portland lawyer who would later serve as a state supreme court justice and federal judge.

Wesley Oliver's article based on this research, much of which was done at the MHS Research Library, will be featured in the upcoming issue of the Maine Bar Journal. Oliver is an Associate Professor of Law at Widener University. Professor Oliver received his B.A. and J.D. from the University of Virginia, an LL.M. from Yale Law School and is presently a candidate for the J.S.D. degree from Yale. He was a Visiting Scholar at the University of Maine School of Law last summer.
Posted by Michelle Souliere at 8:50 PM