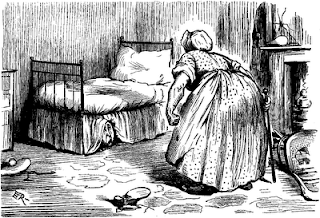 Isn't this sort of stuff supposed to happen in the winter, when it's cold outside and people are seeking warmth?! Weird...

BELFAST, Maine — Two men were arrested early Saturday after reportedly entering separate apartments and attempting to sleep with the women living there.

Steven Hodgdon, 42, of Troy, a maintenance man at the Ocean’s East Apartments off Ryan Road, allegedly used his master key to enter the apartment of a female resident and then climb into her bed. The woman reported the intruder to police at 2:20 a.m. and he was arrested moments later on a charge of aggravated criminal mischief. Hodgdon was intoxicated, according to the police report.

While Sgt. John Gibbs and Officer Brian Lunt were in the process of arresting Hodgdon, they received another call at 2:45 a.m. about a man who entered a woman’s apartment at Bay Head Apartments on Patterson Hill and climbed in her bed. The woman ran to an apartment next door and called the police. When Gibbs arrived he found Dean Sleeper, 32, of Southwick, Mass., in the woman’s apartment. He was charged with criminal mischief and refusing to submit to arrest.

Both men were taken to the Waldo County Jail. Sleeper was released on $500 cash bail at 11:45 p.m. Saturday. Hodgdon remains in jail.

“It’s kind of strange to have two of those kind of calls in one night,” Police Chief Jeffrey Trafton said Monday.

Posted by Michelle Souliere at 7:21 PM